Nazca Lines – Lineas de Nazca, Nazca also spelled Nasca, Nazca Lines groups of geoglyphs, large line drawings that appear, from a distance, to be etched into the Earth’s surface on the arid Pampa Colorada (“Coloured Plain” or “Red Plain”), northwest of the city of Nazca in southern Peru. They extend over an area of nearly 190 square miles (500 square km).

Pájaro Most of the Nazca Lines were constructed more than 2,000 years ago by the people of the Nazca culture (c. 200 bce–600 ce), though some clearly predate the Nazca and are considered to be the work of the earlier Paracas culture. While the images dated to the Paracas are often humanlike and bear some resemblance to still-earlier petroglyphs in the region, the subjects of the Nazca-made lines are generally plants and animals such as a monkey 110m. long, a killer whale 65m , a bird resembling a condor 135m. a hummingbird 50m. a pelican 285 metres, a spider 46m., and various flowers, trees, and other plants as well as geometric shapes, including triangles, trapezoids, and spirals. Although the figures have been said to be virtually

Full Day Lima – Nazca ( Nazca Lines ) – Lima
In the morning 3:45 a.m we goin to take bus ( cruz del sur ) arriving to Paracas at 11:00am. Then transfer to Nazca mini airport. In the waiting room you can watch a video of each of the figures found therein.

This program you can combine with Ballestas Island – Paracas ( two days ) 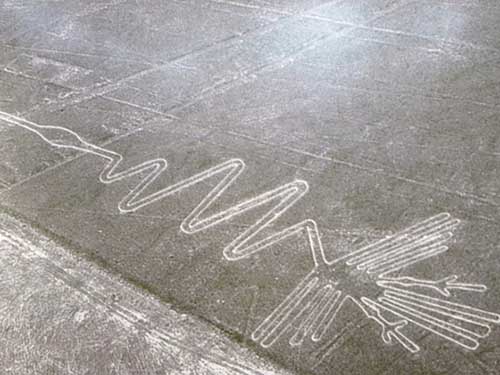 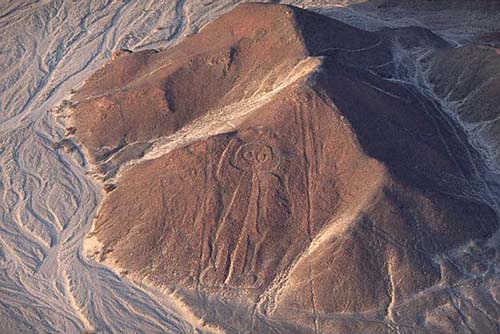